Why Do Your Gums Bleed?

Bleeding gum is the most common symptoms of gum infection or gum disease which is caused by the accumulation of plaque around the gum line around each tooth.

Plaque is a slimy layer of bacteria (germs) that covers over all the surfaces of teeth, along the gum line, tongue surfaces and almost every hard surface of the mouth including natural teeth, dentures, bridges, braces, retainers and dental implants. 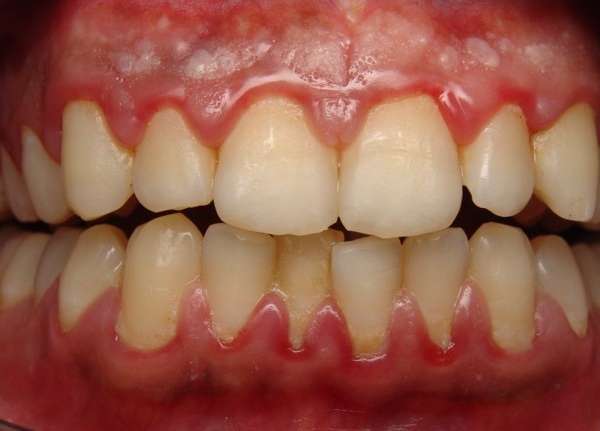 Gingivitis is usually a painless condition and bleeding gums may be the only symptom.

Some other signs may include: swollen, red or tender gums; persistent bad breath or taste; teeth that are loose; and a change in the way your teeth fit when you bite.

At this stage, the disease can be treated and completely reversed. It is important not to ignore your bleeding gums. 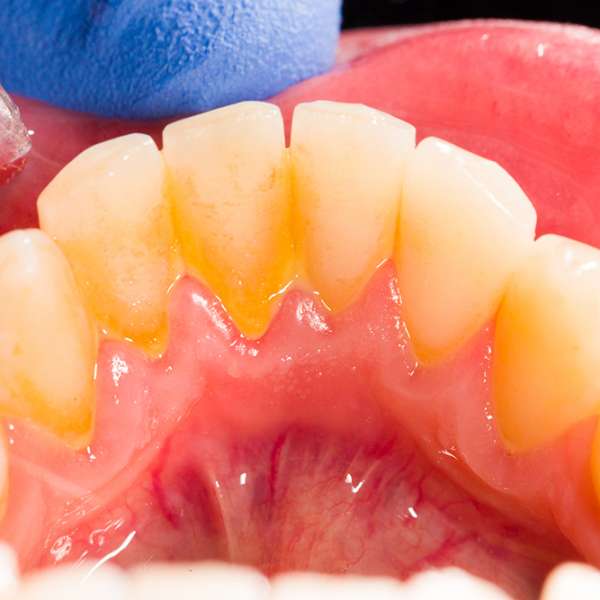 The soft layer of bacterial plaque will slowly become hardened over time as minerals from our saliva become deposited inside this layer to form thick layer of hardened plaque called tartar or calculus.

The tartar will in turn is be covered by an outer layer of new soft bacterial plaque while the inner layer began to harden and this is how it grow in size layer by layer over a period of weeks, months and years. 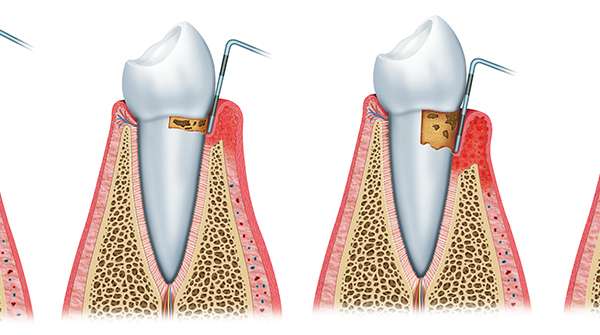 If the milder form of gingivitis is not treated, it may progress to a more severe and destructive form of gum disease called periodontitis.

Plaque that is not removed will eventually cause the gums to separate and recede from the teeth. Once your gums begin to recede, pockets can form between the teeth and gums.

Germs can get trapped inside these pockets, attacking the gums and bone supporting the teeth. Plaque will eventually harden into tartar.

This silent disease progressively destroys the supporting gum and bone of the teeth over many years without much symptoms except gum bleeding, bad breath or occasional gum soreness.

Eventually, the infected teeth be so loose that they will drop off or need to be extracted. Gum disease has become the main cause of tooth loss in adults.

Bleeding gum during pregnancy is also common as the hormonal changes of the new mothers create a more aggressive response by the gum tissue to the existing bacterial plaque. Pregnancy gingivitis is form of gum disease caused by the bacteria but worsen by the hormonal changes.

Other rare causes of bleeding gum may be due to serious blood disorders like leukaemia or systemic infection like AIDS (Acquired ImmunoDeficiency Syndrome).

Why Should You Fix Your Bleeding Gum? 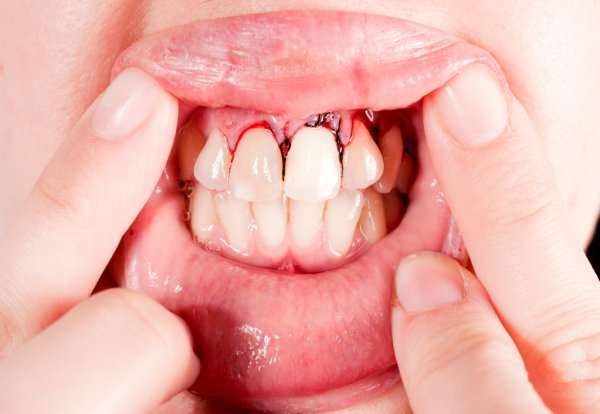 It is important to see our dentist at the first sign of bleeding gums. We will diagnose the cause of your bleeding gums and start treatment as soon as possible before it deteriorates to a more severe condition.

In rare cases, bleeding gum may be the first sign of more serious medication conditions like diabetes and blood diseases.

In recent times, scientists have been trying to link poor oral health in the form of severe gum diseases to many other serious systemic (general) medical conditions like diabetes, heart disease and stroke.

Severe gum disease may be linked and affect man sexual health causing impotency (erectile dysfunction) and for women of child bearing age, it has been linked to premature miscarriage, premature delivery and low birth weight of the new born.

These are serious and life-threatening conditions that may be associated with gum disease, so do not ignore the painless bleeding gum during your brushing.

Seek help from our dentist early. It may not just save your teeth, it may save your life in the future. 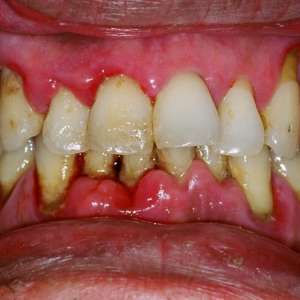 Periodontal Treatment is also commonly known as Gum Treatment. It is a non-invasive and non-surgical dental procedure to clean the root surfaces of the diseased teeth deep below the gum line.

Severe gum disease called periodontitis, is an advanced stage of gum disease that destroy the bone that support the teeth. 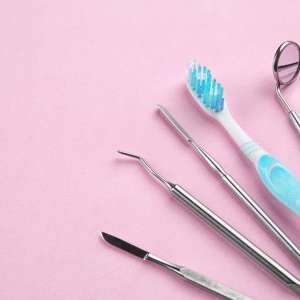 Scaling and polishing is also commonly known as teeth cleaning.

It is a procedure that removes dental plaque, tartar and extrinsic stains that are present on the outer surface of the teeth.